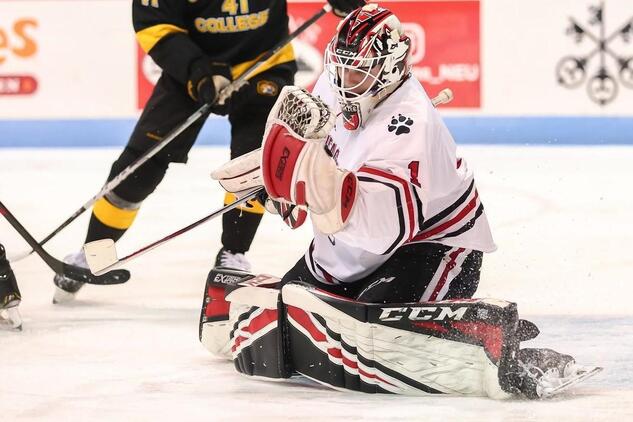 Devon Levi - Northeastern
It's time to take a look back at the first half of the DI men's college hockey season.

Teams like Minnesota State, Michigan and Quinnipiac have stood out as ones that are best primed for the second half. And then, of course, who could forget the NCHC teams like St. Cloud State, Denver, Western Michigan, Minnesota Duluth and North Dakota?

For this installment of looking back at the first half, I'll be spotlighting the best players. Instead of naming an MVP, best defenseman, best goalie, etc., I'll be creating a first team, second team and all-freshmen team. It's a bit more fun than having to be that selective.

At any rate, let's dive right into the best players at each position after one half.

The Frozen four is this weekend. Who will be crowned champion?

Who is going to win?

The men’s bracket is set. Road to the frozen four!

You want to play NCAA Hockey like some of our alumni? Register now and experience a great weekend with some of our coaches!

Apex alumni Chris Duclair will be playing D1 hockey at RIT, starting next September. “This combine played a big role in Chris' hockey growth on the business side. It permitted him to have his 1st interactions and interviews with college coaches, which eventually served him well when speaking to RIT coaches”. Chris & Wendell Duclair Parents of Chris Duclair RIT Tigers committed player

Registration is now open for the 2022 camp.